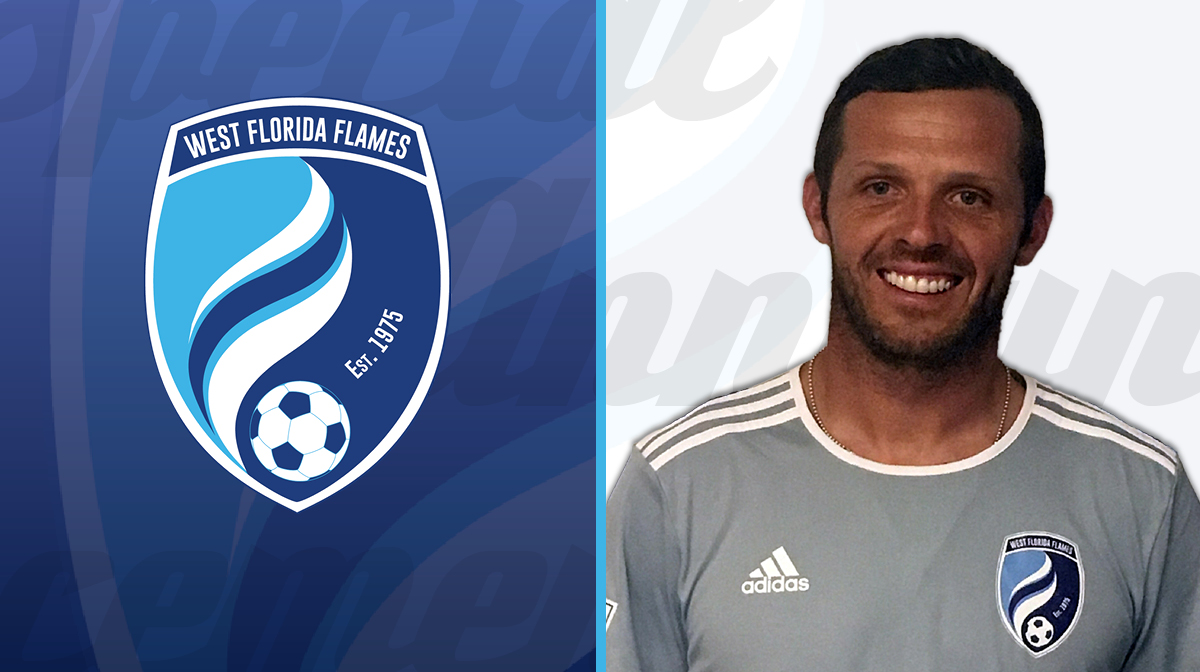 Brandon (Aug. 13, 2017) – West Florida Flames and Executive Director, Gary Rach, announce the hiring of Sam Stockley as the new Girl’s Technical Director and Associate Girls’ Development Academy Director.  Stockley joins West Florida Flames after working at NCFC Youth as both the U11- U14 Girls Director and the Head Coach of the ECNL U14 and U16 age groups.  Stockley served most recently as the assistant coach and recruiting coordinator at Xavier University as well as a staff coach for the US Soccer Market Training Centers.

In addition to his duties with NCFC Youth, Stockley was also the founder and director of NCFC’s Elite Technique supplemental training programs, which included the club’s Summer Intensive program, Women’s College Summer Training program, RET360* as well as the lead of the Club affiliation program.

As a player, Stockley made over 600 professional appearances on the pitch from 1996-2013 in both Europe and North America.  The defender started his career as a youth with the Southampton Football Club and continued to represent 10 professional clubs during his playing career.  Having coached at national, professional, collegiate and both international and domestic academy levels, Stockley brings a wealth of knowledge and experience to the West Florida Flames Director staff.

As Associate Academy Director, Stockley will work alongside Jorge Zavala to further enhance the player development philosophy of the DA program.  As Girl’s Technical Director he will be responsible for leadership of all non-DA program player development.

“I’m very excited about this amazing opportunity with the West Florida Flames.  After speaking with both Yo-Yo and Gary and hearing their vision for the club and the direction in which they want to take the female program, I truly felt this was the right environment for me.  The way they both have conducted these conversations, not only about my role and responsibilities but also the landscape of youth soccer in Florida and their desire to be a flagship GDA program was exactly what I was looking for and I knew instantly that I wanted to be part of this leadership group.  I am truly excited to have a positive impact on the Girls Program and work alongside a quality group of coaches to continue to strive to develop West Florida Flames into one of the best clubs in the country for developing top female athletes.”

“We are excited for Sam to join our staff and begin working with our club in its inaugural year of the Girls’ Development Academy.  We value player development within our program and club, and having someone with his experience and knowledge is a tremendous asset for us and our players.” States West Florida Flames Girls’ DA Director, Jorge Zavala.

Gary Rach, Executive Director said “Sam’s wealth of experience and knowledge makes him a key addition to our West Florida Flames family.  Adding Sam to our staff demonstrates WFF commitment to being a leading soccer service in our community.  I’m confident that Sam will play a strong role in implementing a high standard of training and development for our players.”